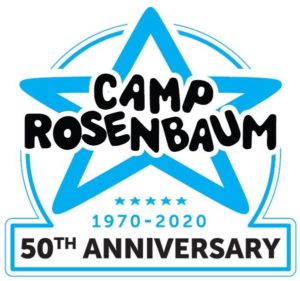 Camp Rosenbaum was inspired by our late founder, Brigadier General (Ret) Fred M. Rosenbaum. He realized that many children, especially those living in low-income housing, would benefit from a citizenship camp. His vision to help youth has grown into an annual event for over 50 years. Camp Rosenbaum has volunteer hours exceeding 230,000, and has provided a free camp to over 6,500 youth.

Fred’s passion to help children stems from his own childhood. Fred survived the Holocaust in Austria, fleeing to England as a child. He was there as a foster child for two years before he was finally reunited with his parents, and together they moved to the United States in 1941. Fred found opportunity in America through education and hard work, going on to become a brigadier general of the Oregon National Guard, chairman of the Housing Authority of Portland, and an established businessman in the Portland community. With his experiences, he instilled campers the importance of staying in school, often telling them “you can go as high as you want to go.”

Camp Rosenbaum has received national acclaim and awards over the years. Fred’s legacy will continue to grow with the hard work and dedication of its volunteers. Fred considered Camp Rosenbaum to be his biggest accomplishment.

Camp Rosenbaum has given more than 6,500 children a memorable overnight camp experience many of us take for granted. This is no ordinary camp.